Navigating the tricky world of feeding toddlers and young kids can be exhausting.  Especially for those who are parents of picky eaters — I know this from first-hand experience.

Although my kids are both fairly good eaters, they have each put us through our paces at mealtimes, whether it’s refusing to eat, throwing food and making a mess, or requesting snacks around the clock. Here are three common parenting strategies I often witness and have tested myself that DON’T work (and often perpetuate the problem) and three strategies that can transform mealtimes from dreadful to peaceful:

The word that comes to mind here is pressure. As soon as your child, especially if she’s a picky eater, feels pressure to eat something, she will back right off—the opposite of what you’re hoping for. Parents of picky eaters often dread mealtimes because they foresee a struggle from beginning to bitter end. From the moment you decide what you’re going to make, to when you clear your child’s full plate of uneaten food, you feel stressed and frustrated. You gear yourself up for the battle that you know is coming (and that you often lose), and hope that your child eats something healthy—even a few bites. Common phrases you might use include:

Although we as parents have the best intentions for our fussy eaters, we often enable picky eating and perpetuate the problem by putting all of the focus on food.

WHAT TO DO INSTEAD: FOCUS ON FAMILY TIME

Mealtimes don’t have to bring on anxiety and dread if you can master the art of backing off. It’s imperative that you take the pressure off (both yourself and your child) to make mealtimes more peaceful.

This can be really (ahem… excruciatingly) hard, especially if you feel that your child isn’t eating well daily.  Although not an instantaneous picky eating fix, over time, taking the focus off of the food (and what your child is or isn’t eating) and focusing more on family time (talking about everyone’s day, asking about what happened at school or camp, talking about your upcoming family trip etc.) makes your child feel at ease and will increase the likelihood of her trying things on her own. That being said, it’s okay to mention food now and again during meals. Healthy chitchat about food might be “mmm, I love this asparagus- we haven’t had it in a while and I forgot how much I like it”, or “I see that you tried your chicken—how did you like it?” instead of “I’m not going to ask you again—you need to have a bite of your chicken!”

As important as taking the focus off of the food is, it’s also important to pair this strategy with my next one: Establishing (and calmly reminding your child of) mealtime boundaries.

Many parents feel as though mealtimes are out of their control — they harp and fight with their kids to eat certain foods, yet ultimately, their kids are in charge. Your child refuses to eat, so you give in and stop asking him to come to the table. He complains about what’s served, so you make him a peanut butter sandwich because you know he’ll eat it. He whines about feeling hungry before bed (even though he didn’t eat at dinnertime) so you give him yogurt and a banana in hopes that he’ll go to bed peacefully and not wake up hungry. I’ve been there and know how easy it is to give in. You feel frustrated and defeated and you don’t want your child to starve – I get it. But unfortunately, letting your kids run the show will enable picky eating tendencies and will make your life more and more frustrating over time.

WHAT TO DO INSTEAD: SET HEALTHY MEALTIME BOUNDARIES AND STICK TO THEM

By establishing some appropriate mealtime boundaries with your kids (and enforcing them consistently), you can regain control over mealtimes (the what’s, where’s and when’s of feeding) and allow your kids to take care of the rest (whether and how much they eat). This is the cornerstone of childhood feeding expert Ellyn Satter’s Division of Responsibility. Parents are in charge of what is served, where it is served and when it is served. Kids are in charge of whether and how much they eat. Establishing these boundaries early on (in infancy and early toddlerhood) makes things a lot easier as they get older, but these boundaries can be set at any time (the older they are, the more patient you’ll have to be).

Some of our mealtime boundaries are as follows:

These are our personal mealtime boundaries and might work well for your family too. Know that each family is unique and you should tailor your own to what works for you and your family.

I often hear parents say “Don’t bother serving him any veggies — he won’t eat them anyway,” often right in front of their child. This well-meaning strategy (after all, you don’t want food to be wasted, especially at a friend’s or family member’s house) often perpetuates picky eating two-fold: it makes a child believe that he does not and will not ever like that food (and yay! he doesn’t even have to try it again!), as well as it doesn’t give him a fair chance to warm up to it (kids often need several exposures to a food before they feel safe enough to taste it).

A recent study out of Aston University in the UK tested out “the 3 R’s” (Repetition, Role modelling, and Reward) of feeding with 115 children aged two to four. These children were separated into four groups and for 14 days served vegetables that had been previously rejected. Those kids who were offered a vegetable several times (repetition), whose parents also ate the vegetable happily (role-modelled) and who were offered verbal praise for trying a vegetable (rewarded) ate more than four times the amount of vegetables than they had prior to the study. Even those who were exposed to only two R’s (repetition and reward) ate significantly more than the control group.

WHAT TO DO INSTEAD: DON’T ASSUME

We’ve known for a long time that kids need repeated (and non-pressured) exposure to certain foods (sometimes 15 or more times) to warm up to them, but parents – me included – are often quick to assume that their child will not even touch it, so they don’t bother serving it. It’s important not to assume. Recently my son who is four and a half, all on his own, ate salad for the first time and loved it. Instead of saying “Oh, you won’t like it” (which I almost did!) when my son asked for a helping of salad, I gave him the benefit of the doubt and served him some. Much to everyone’s surprise, he gobbled up the whole thing and now eats salad regularly. Know that kids’ palates are ever-changing and what your child doesn’t like one day (or for several years) might be their new favourite food the next day.

Did you know that we offer personalized nutrition counselling for kids and families? If this is something you’d like to learn more about, please visit The Centre for Family Nutrition.

« 5 Refreshing and Fruity Pregnancy Mocktails
The Extreme Picky Eater: When a Parent Should Worry »

The invisible load of moms is REAL, and let me be 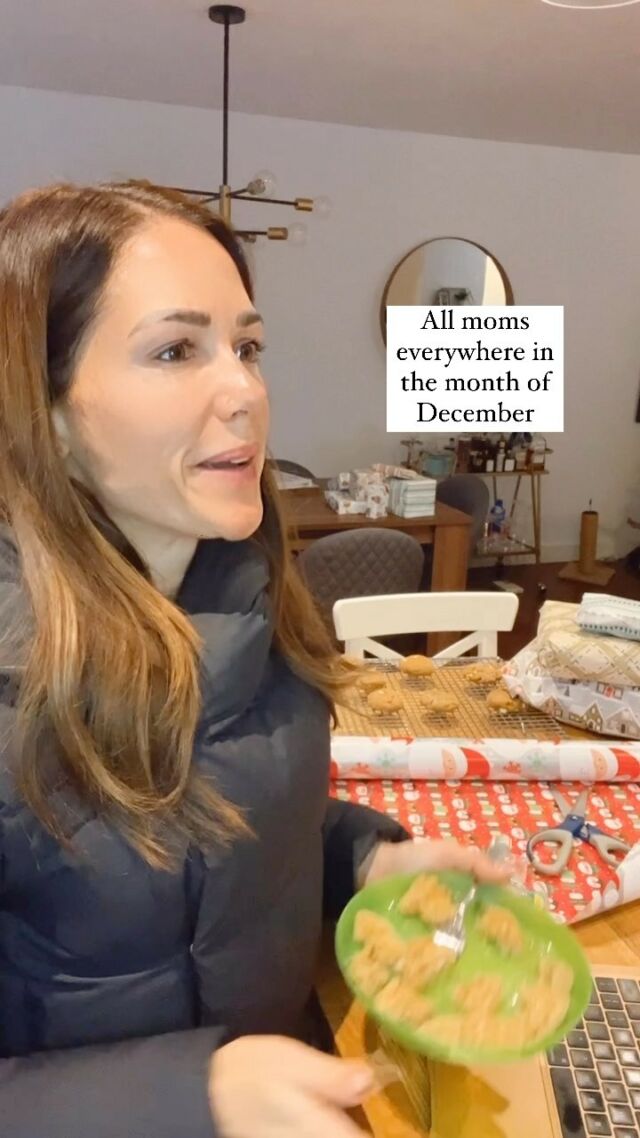 The holidays can be the perfect opportunity for di 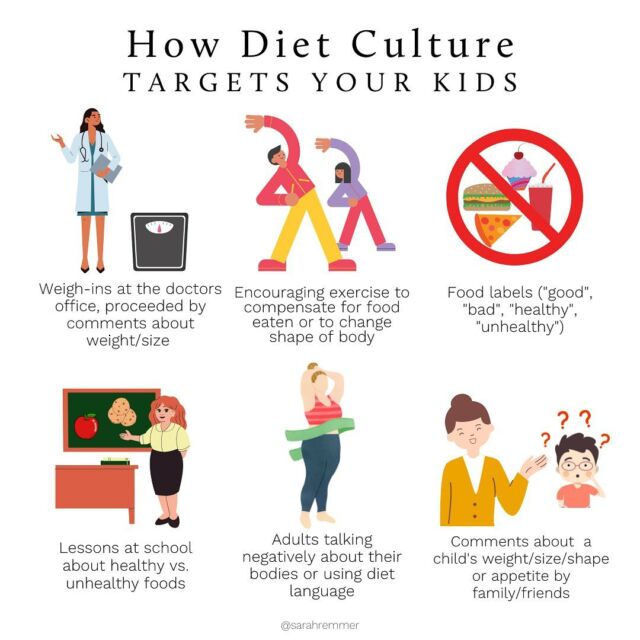 As a dietitian mom I’m asked often about which i 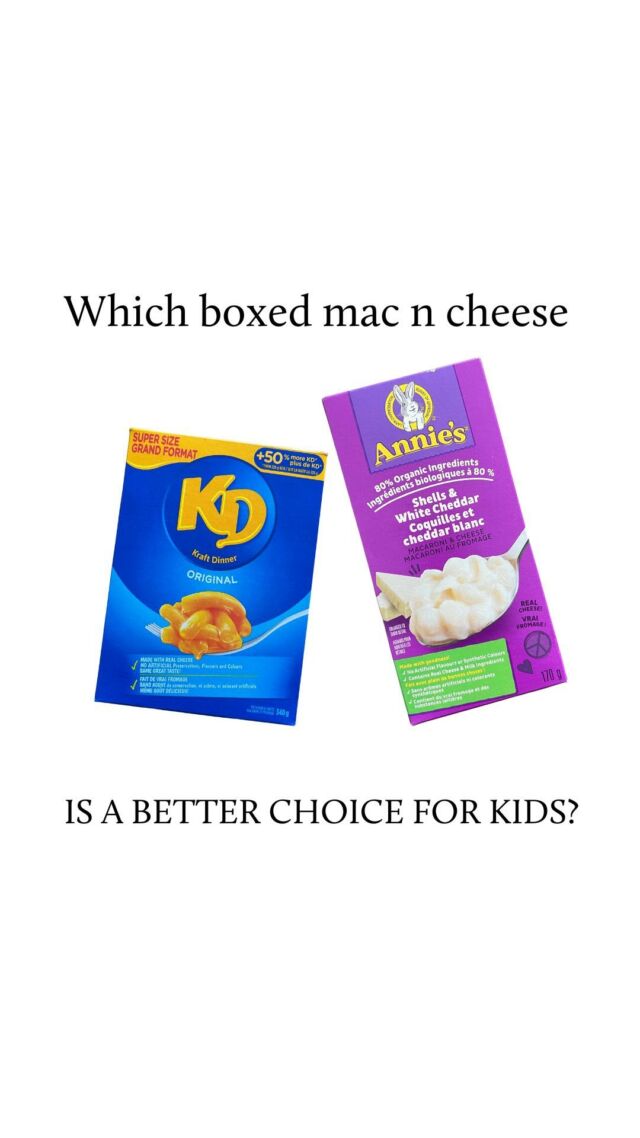 If you chose to buy your child a chocolate advent 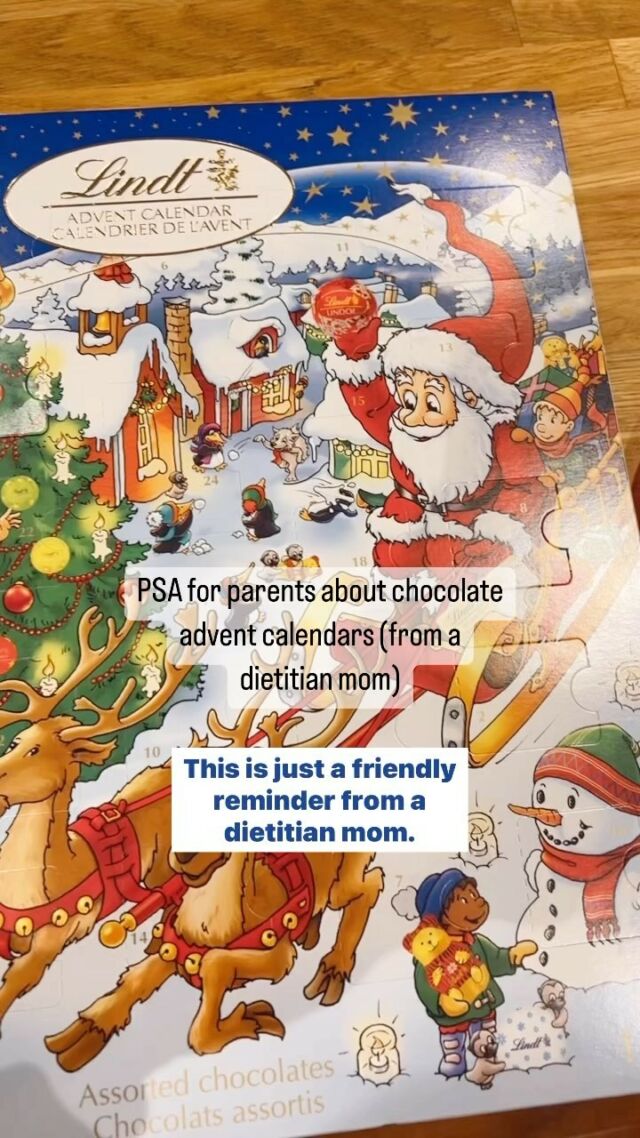 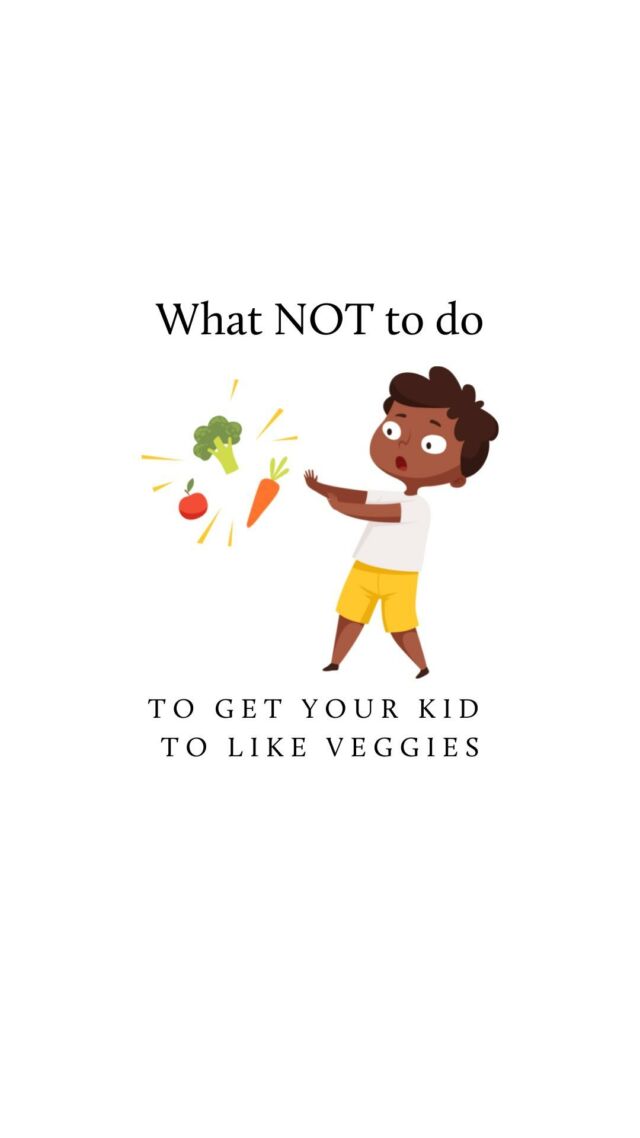 Sometimes it’s just nice to have a script 😉 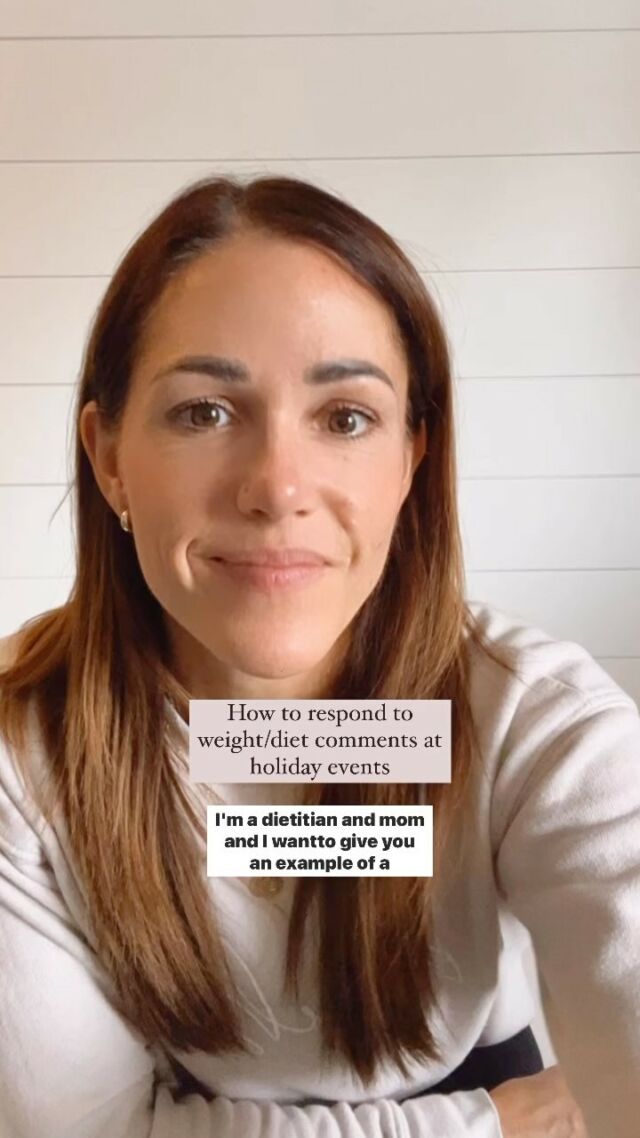