Most foods are completely safe for pregnant women to enjoy without worry.

However, there are a select few foods that should be avoided during pregnancy (and even if you’re trying to get pregnant, because most women are unaware of a pregnancy in the first few weeks) because they can be potentially harmful to a developing fetus as well as a pregnant Mom. Read on to find out more on food safety for Mom-to-be’s…

All meat and poultry needs to be thoroughly cooked during pregnancy because of the risk of Salmonella and Coliform bacteria. Ingestion of undercooked or raw fresh meats such as pork, lamb or venison can also put you at increased risk of Toxoplasmosis which is caused by a parasite called Toxoplasma gondii. Meat pates, unless canned and shelf stable, may be contaminated with Listeria. Be extra careful to cook your meats and fish well and avoid contamination through cutting boards and cooking utensils as well.

Refrigerated, smoked seafood (that can often be found in the deli section of grocery stores or on sushi) should be avoided because it could be contaminated with Listeria. Smoked seafoods are safe to eat when they are an ingredient in a cooked meal such as a casserole. Canned or shelf-stable smoked seafood is also usually safe to eat while pregnant. Raw fish, especially raw shelf-fish, should be avoided during pregnancy because of potentially harmful bacteria and parasites. This is sad news for sushi lovers like me. But remember- it’s only temporary!

Deli meats offer a double whammy  when it comes to potentially harmfully effects to mom and baby. First reason: deli meats and hotdogs increase the risk of Listeriosis which is a food borne illness caused by Listeria Monocytogenes. Listeriosis can cause miscarriage. Pregnant women are 20 times more likely to contract this type of food poisoning than the general population. Second reason: The effects of nitrates and nitrites on a developing fetus are still unknown (deli meats and hotdogs often contain these), so it’s best to play it safe and avoid these ingredients.

Eating raw or undercooked eggs can put pregnant women at an increased risk of Salmonella poisoning. Make sure that both the yolk and white are cooked through. Certain sauces, spreads and drinks such as Caesar salad dressing, hollandaise sauce, unpasteurized eggnog, custards and homemade icecream may contain raw eggs, so it’s important to be careful when ordering or consuming these products. Commercially manufactured ice cream, dressings, and eggnog are made with pasteurized eggs and do not increase the risk of salmonella.

It’s important that you consume enough omega 3 fat while pregnant (2- 3 oz servings of oily fish, such as salmon, canned light flaked tuna, and halibut per week, or an Omega 3 supplement). However, pregnant women should stay away from high mercury fish such as white canned tuna, swordfish, mackeral, ahi tuna, orange roughy and marlin. Mercury is toxic to a developing fetus and can linger in a woman’s blood stream for over a year.

YES, you should be eating several servings of veggies per day while pregnant (and when not pregnant), but it’s important to make sure that your veggies are thoroughly washed to avoid  any risk of Toxoplasmosis, because the soil in which veggies are grown may be contaminated.

« Better Together! Food Pairings That Will Boost Your Nutrition
Quick And Easy Turkey Taco Pizza » 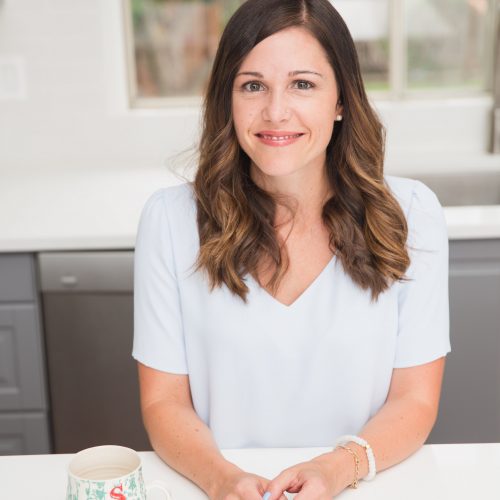 It would have been the first Friday of @calgarysta

Homemade nutritious granola that your kids will lo

Most of us women grew up being conditioned to igno